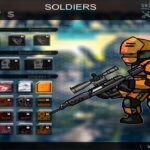 What is CSGO and CSGO Skins? Counter-Strike: Global Offensive (CS:GO) is a multiplayer first-person shooter video game developed by Valve and Hidden Path Entertainment. Skins are also referred to as finishes, and it’s the new features in counter striker: Global offensive game. CSGO Skins are virtual items, and it is nothing to do with the … Read more

The way people pass their leisure time has been dramatically improved in the last few decades. The world has never seen such quick advancements as it has over the previous few years, and hence the shift in the habits has been extraordinary. 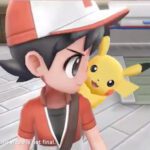 Pokemon Go is one of the most famous and interesting games ever. In this game, you have to move from one place to another place to find each Pokemons. People have to play this game by moving, there is no solution to play this game on Android devices officially. But now it is possible to … Read more

Gaming is trending in today’s era, especially to millennial people. Playing a game is enjoyable, especially if you play a game with your friends and relatives. There are many different types of games and a module that you can choose. From the personal computer, PS4, Xbox, PSP, and even smartphone. A game somewhat becomes a … Read more

Online games have been around for a long time, but they were harder to play before. Nowadays, there are different types of casino games, and they are compatible with portable device platforms. You can now play a game on a website even as you travel or opt to download an app that you use to … Read more 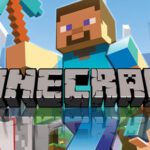 Minecraft Pocket Edition is a building game in which you are free to create whatever you want.  There are variable four gameplay modes available Survival mode, Hardcore mode, Creative mode, and Spectator mode. The game becomes more interesting when the monsters, ghouls, and zombies appear in the night and you have to show your game-play skills to survive. The … Read more 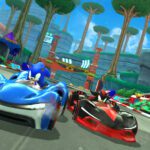 The “golden age” of arcade games endured from the late 1970s until the beginning of the 1990s. Characterized by well-known early 90s arcade games such as Mario Bros, Donkey Kong, Space Invaders, Pac-Man, and Tetris., it was a time when children could play arcade games, spend hours attempting to defeat their own and someone else’s … Read more

The STORY. This element is the ONLY, but the most important reason to play Mystic Messenger. Well, at least for me. This game was introduced to me by my daughter. I thought it was cheesy at first, but what I liked about it is that it allows my daughter to determine different personalities. As the … Read more