Android vs IOS: which is better?

Android vs IOS: which is better?

It’s an age-old battle, Android vs IOS, Android phones vs iPhones. So it’s time to put this rivalry to rest and find out once and for all which is better. We will be looking at several categories and comparing these two mobile operating systems and the phones they are developed for, to be able to make the most conclusive decision and argument our choice. So without further ado, let’s get to compare.

I thought that first, we could touch on the devices themselves, more importantly, the variety and customizability of the smartphones. When it comes to variety, Android phones are clear winners, since you can get many different types, brand, size and color phones that have the Android operating system. Whereas with IOS, there are only iPhones, and they don’t offer the largest diversity. On top of that Androids are also much more customizable than iPhones. Android phones allow you to install non-Android-specific software, customize the look of your interface and truly make your phone your own, while with IOS you have a very limited ability to do that.

Price and value for the price

So now that we know with which phone you will have bigger choice in its design and specifications, its time to compare prices and the value of the device you get for each price. It is a well-known fact that Android phones are quite a lot cheaper than iPhones, even those smartphones that rival iPhones in their specifications. So we can pretty surely say that in this category Android outperforms iPhone, too. With Android devices, you can get a premium smartphone, with more than superior specs without the high price point, especially if you want a phone with amazing screen resolution and other specifications. While with IOS operated phones the value for the specifications is much lower and the overall price of the phone is quite high. 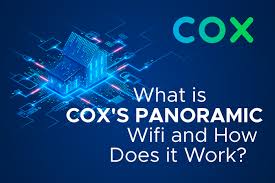 Trending
How Does the Cox In-Home Panoramic Wi-Fi System Work?

A very important feature for any device, but especially for a phone, is how easy it is to use and how user-friendly the smartphone’s interface is. And although the ease of use is quite subjective category, since one person might prefer Android over IOS, other IOS over Android, based on how easy it is to get anything done in each system, I can conclude that Android is slightly better than IOS. Yes, this might not be the most popular opinion, since so many Apple users pride how responsive IOS is, however, responsiveness isn’t bad for Androids either, especially in the newest versions of the system. On top of that, it is much easier to multitask and organize your information in an Android phone, thanks to widgets and split-screen options, which in my opinion makes Androids much easier to use than iPhones.

Then there is the question of which type of phone has better apps and accessories. Applications and accessories are what make our smartphones truly a multipurpose device, and if we compare Android and IOS judging them solely by their apps and available accessories, then its a tie. If Apple devices have better applications, both because usually, apps are releases for IOS first and because apps for Apple products many times just visually look better, then Android comes ahead with all the accessories that are available for these phones and how much cheaper they are. From an android docking station to wireless chargers, you can take a pick in your favorite Android accessory, which will definitely enhance your user experience.

Winner: Tie between Android and IOS

Lastly, I thought I also briefly touch on subjects like security and privacy, because, although not many people think about these things, they actually are extremely important. So when we talk about security, IOS will be more secure than Android. Of course, that being said IOS isn’t impenetrable, but, since over 95% of all malicious programs are geared towards Android systems, IOS will surely be more secure and less likely to be hacked. The same goes for privacy because IOS has more privacy-enhancing features than Android does. Features like Touch ID, iMessage encryption and the Secure Enclave, make sure that your iPhone will be secure and your data will also be protected from getting into the wrong hands, whereas for Androids, the privacy features aren’t nearly as good.

So which is better?

By my, count Android is better than IOS, and there are a couple of important reasons for that. Not only you get more variety and customization options with Android, but you also can get an easy-to-use phone with amazing specifications for a much better price. And even if the security and privacy settings aren’t quite up to IOS standards for Androids, the catch-up game has already started, and soon we might even see Androids become superior in every way.