Investing in digital currencies provides many rewarding benefits that are hard for anyone to ignore. People from all walks of life are now starting to get involved in this unique investing opportunity. They are buying and selling digital currencies from the comfort of their home.

It’s fair to say that BitCoin may be the most popular digital currency around today. However, it is becoming more difficult to mine as time progresses. With more investors jumping into the digital currencies arena, this is driving the price of BitCoin up. This has made it too expensive for some investors.

It is also important to note that BitCoin crashed recently. Investors were consumed with fear after witnessing BitCoin crash from $8,000 to $5,400 last week. This type of behavior has prompted many experienced digital currency experts to view BitCoin to be too volatile for their taste. This is the primary reason why there is an effort to search for better options.

Fortunately, there are two solid options on the horizon for investors interested in buying stable digital currency. Vertcoin and OneCoin are great investments that have the potential to grow in value over time. Let’s take a quick look at the advantages that each has over BitCoin.

Now that we have taken a brief look at the advantages that Vertcoin and OneCoin has over BitCoin. It’s now time for us to examine both digital currencies closely. 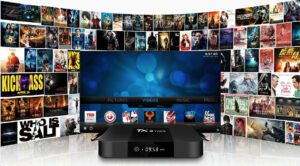 Vertcoin is known as “The People’s Coin”. This decentralized currency can be distributed over the internet like other cryptocurrencies with ease. Vertcoin (VTC) is a unique financial system owned by users. You don’t have to worry about dealing with manufacturers, mining hardware, or large banks once you invest in Vertcoin.

This impressive digital currency was created by a community of people who wanted to see a big change in the digital currency market. They were not compensated for their effort. They simply volunteered their time so that they could make a huge difference.

You will be on an even level playing field when you invest in Vertcoin. There is no need for you to be concerned about airdrop, premine, or ICO. The project operates on donations and efforts from dedicated volunteers. Like gold, Vertcoin gives you the opportunity to protect your hard-earned money while enjoying low transaction fees.

OneCoin was founded by Dr. Ruja Ignatova in 2014. OneCoin is definitely in a phase where it’s developing strong momentum in the digital currencies market. According to its site, OneCoin has managed to mine close to 847 million OneCoins. They predict that they will have 10 million active people and 1 million credible merchants within two or three years. It’s difficult for anyone to overlook these impressive numbers.

The OneCoin compensation plan is not difficult for anyone to understand. With tons of videos and tutorials on their site, it’s pretty easy for new investors to learn how the system works.

With strong leadership at the helm, it’s easy for anyone to get the impression that OneCoin will compete with BitCoin. OneCoin is the better option for investors that are not interested the volatility of Bitcoin and other large cryptos.

Many leading financial experts believe this is the perfect time for you to start buying digital currencies. BitCoin is the most popular digital currency, but there are some other options you should consider. Vertcoin and OneCoin are two forms of digital currencies on the rise. Adding either one to your investment portfolio would be a wise move.