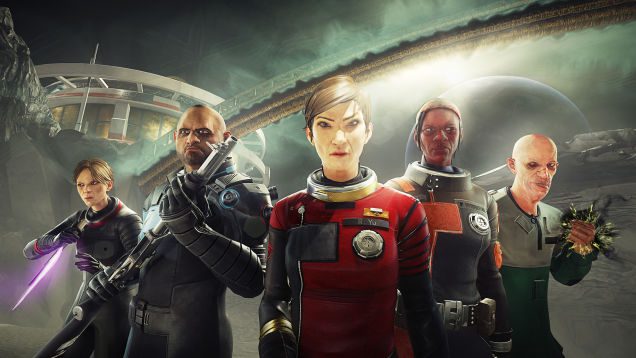 After a lot of teasing, Bethesda finally revealed Prey’s next DLC at their E3 press conference tonight, along with a bunch of new Prey stuff. Called Mooncrash, it’s available now.

Mooncrash is a roguelike adventure on the moon in which enemies, goals, and loot will be different on each replay. You have to escape a TranStar base on the moon before Typhon take over. You’ll unlock multiple characters, each with their own skills.