Download Android Q GSI (Generic System Image) for all the Android devices Android Q is going to be the next version of the most popular mobile operating system in the world. This is the tenth iterations of Android OS and it comes packed with many new features. These features include a native system wide dark … Read more

Download Magisk 18.1 zip and Magisk Manager 7.0.0 APK Stable Version Renowned Android developer, topjohnwu, released another update for the most ambitious project called Magisk. Magisk is the most popular rooting tool for most Android devices. Here is another update for the same with more stability and support for many firmware from various manufactuers. With Magisk … Read more 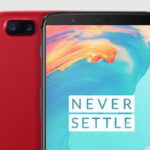