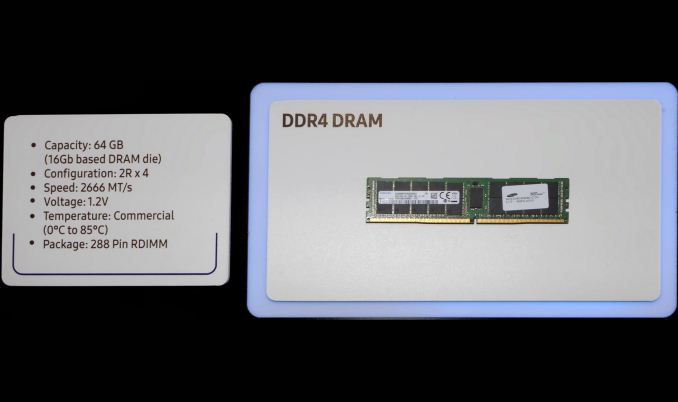 Back in March, Samsung first demonstrated their next-generation 64GB DDR4 Registered DIMMs. Based on Samsung’s new 16Gbit DDR4 memory chips, these new RDIMMs would offer 64GB of memory capacity in a standard dual-rank RDIMM, effectively doubling the capacity of mainstream servers. Now this afternoon, in conjunction with AMD and HPE, Samsung is announcing that they’ve kicked off mass production of these DIMMs.

Up until now, the largest dual-rank RDIMM available has been 32GB, owing to the capacity limitations imposed by 8Gbit memory chips. 64GB RDIMMs have been …
AnandTech

Display all posts under Computer Hardware