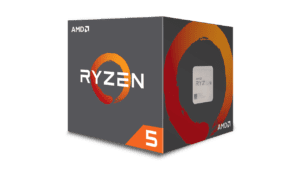 With the release of AMDs latest Ryzen 5, Intel’s midrange i5 offering for hardcore gamers will be put to a lot of beatings.

For one, if you are given a choice between 2 machines with the other one being better and have more power and are offered at the same price, which would you choose?

Of course, a consumer will always go for the one with better and more powerful punch.

For the past years or so, Intel has been dominating the competition for being the leader in performance despite the price range it is in; and being the primary choice for most users who require the best and the most powerful available in the market.

Now, let me give you the best reasons why you should choose AMD’s Ryzen 5 over Intel’s i5:

The obvious 200% more is a no brainer from anyone’s point of view. For those who prefer intense CPU work, you can never go wrong with the extra 2 cores that are beating the Intel i5.

With tests conducted by PCWorld.com, on a single core test using Cinebench R15, Intel i5 wins the test by around 12% of having more power. But when all cores were activated, a staggering 80% comes into the headline by AMD Ryzen 5. Intel i5 was left behind and was eating the dust miserably.

Not to put Ryzen 5 on the platter, Intel i5 still has more instructions to offer compare to Ryzen 5. But aside from that, there is no significant competition between the two as Ryzen 5 being the obvious winner.

That is a whopping 300% more threads compared to Intel i5 and that is not something that is easily to be ignored.

Putting the threads performance to the test using POV Ray, the single thread was run first up. And as expected, Intel i5 won by a good margin compared to Ryzen 5.

But then, when all threads were activated, Intel i5 was crushed in a very significant blow. With 50% more pixel render that of Ryzen 5.

And when 7-zip was used for thread testing; the battle was obviously unfair as the Ryzen 5 buried the Intel i5 right underneath the ground.

Although price tagged as much as the Intel’s i5, AMD’s Ryzen 5 could still be considered as a catch. You get more power for the same price is what we mean by cheaper.

Surely, people from Intel are starting to take matters into their hands with this AMD recent release that is a straight challenge to their top dogs i-series.

So what do you think about AMD’s Ryzen series? Do you think it’s about time for AMD to lead the mainstream again?

Tell us what you think about the latest Ryzen processors in the comment section and let us talk about it more.

Kelly E. Walsh lives in South Carolina. She is a graduate of BS in Computer Science but preferred pursuing her writing career instead. Mostly because she loves telling stories and sharing her knowledge through writing. She is currently writing for essaychip.com on a regular basis and do ghost writing for some companies as well.

Read Also What You Need to Consider Before Buying a Laptop

Display all posts under Computer Hardware