Stephan Jukic – May 24, 2017 According to reports, Nest, the manufacturer of the famous Nest thermostat from a couple years back will soon be releasing a new type of next-generation home security camera. The Nest Cam, as it will be called, will be designed mainly for indoor use and will offer 4K ultra HD security video … Read more

There’s a lot of content available across Australia’s streaming services, with new TV shows and movies being added to Netflix and Stan regularly. Because of this, settling on something to watch each weekend can be somewhat daunting. You might also like to read about Thewatchseries and it’s new TV shows collections And, with the recent … Read more

Technology as a Medium for Gaming and Creativity As indicated by the 2010 U.S. Census, there are more than 74 million kids in the United States and around 79% have access to the internet. Pew research recorded that around 75% of youngsters utilize a cell phone and that the rate was expected to increase, in … Read more 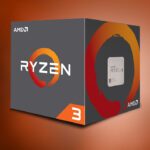 Article by Andrew Devlin, Group User Experience Director at AKQA and Bertrand Everwyn, Senior Technical Delivery Manager at AKQA Since the early 80’s, smartwatches have been the next big thing. However, until very recently none of the products launched had a real impact considering their relatively small sales and general appeal to the mass market. … Read more

Intel’s top desktop processors include those using the Broadwell-E architecture, such as the Core i7-6950X Extreme Edition. That will be changing with the release of Skylake-X and other products. The post Some rumors emerge about Intel’s Skylake-X and Kaby Lake-X processors appeared first on Digital Trends. … Computing–Digital Trends

Restore lost or deleted files File recovery can be an expensive business, which is why it’s no substitute for backing up your key documents, photos, and other data on a regular basis. But that’s of little comfort to anyone – even those with good backup regimens – who suddenly find themselves confronted by the stomach-churning … Read more

Display all posts under Tech Articles