On April 19, the Nubia Red Dev gaming smartphone was officially released. There are two variants. The 6+64GB model costs 2499 yuan, while the higher model with an 8+128GB memory combination is priced at 2999 yuan. In terms of appearance, the Nubia Red Dev uses a vector aesthetic design with a water chestnut shape. Everything … Read more

Trusted online retailer Banggood is presently running a promotional campaign on Xiaomi Smart home appliances. During this period, all the listed Xiaomi home appliances will have their prices reduced. Apart from reducing the prices, there is a coupon code which further gives 15% discount on all the products. Yes, the coupon (Coupon code: XM0406) works on all the … Read more

When Xiaomi announced its second-gen power bank, the manufacturer ensured not it is more portable than its predecessors. It’s thinner and lighter allowing users to get it with them everywhere. This new device uses anodized aluminum shell technology like its older sibling. But this variant is thinner at 14.1mm thickness. Thus it’s 1/3 thinner than … Read more

Chinese giant Xiaomi, known for cheap and affordable products, have for years been giving some long-established companies a run for their money with its smartphones. While that’s on, they come with much more sublime products such as the Mi Ultra Short 5000 ANSI Lumens Laser Projector that tend to win the heart of the consumers.  From … Read more

Do you want your light and music turned on automatically every morning to wake you up and your coffee machine prepare a cup of coffee for you automatically? Do you want to turn on your home security camera to check your home or just switch on your home washing machine while you are working in … Read more

NPU, a blog focused on Nokia rumors and leaks recently reported that there might be a secret project being executed internally codenamed ‘Nokia 8 Sirocco’. Now the blog has an exclusive that details that there is another project under the works for the Nokia 8 Pro version. While this ‘Pro’ version of the Nokia 8 … Read more 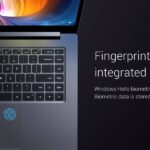 In 2016, Xiaomi announced its first laptops. No one believed this company could succeed because the Chinese notebooks market was occupied by Lenovo, Dell, HP, and other top brands. But the Xiaomi Mi Notebook Air 13.3 and 12.5 were considered as black horses later. They could not only make a tough competition to the mentioned … Read more

What’s the profit to listen to Music, without a couple of good earphones? So here it is. The most prominent, top of the line and best looked into earphones and headphones accessible today in the nation. Showing to you the top five earphones that will suit your preferences and are the best buy headphones. All … Read more