Life of Black Tiger is the worst PS4 game we’ve ever played That’s on PlayStation 4 Pro by the way, which appears to have no additional enhancements over the base PS4 whatsoever. Why virtual reality is the future It’ll be the downfall of humanity, but it’ll revolutionise Just Dance. Multiplayer is seeming … Read more … Read more 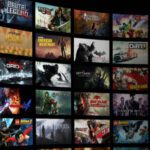 New Halo Wars 2 and Forza Horizon 3 Xbox One S Bundles Kick Off 2017 On the heels of a record-setting December for Xbox One, today we are excited to offer even more choice for our fans with two new Xbox One S bundles joining the lineup: the Xbox One S Halo Wars 2 Ultimate … Read more

How to . . . set up and lock down your child’s PlayStation account It also allows you to add on a PlayStation Plus membership so you can play online – on the PS4, a PS Plus subscription is necessary for online gaming, unlike its predecessor. But what if you want to control what younger … Read more 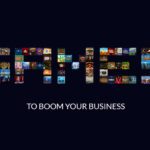 Resident Evil 7 ‘Biohazard’: A Returning Face! Happy New Year! Don’t be alarmed as this month is the release of many horror/thriller films such as Underworld: Blood Wars, Split, The Bye-Bye Man, and Resident Evil: The Final Chapter. Speaking of Resident Evil, Capcom will be releasing the eleventh …Read more on sparxentertainment.com Read Also Resident … Read more

‘Dead Rising 4’ rises from past incarnationsWhen a franchise starts to stumble, it’s wise to go back to the basics and look at what made the original so fun, then try to recapture that magic. That’s what Capcom Vancouver has done with “Dead Rising 4.” The team’s previous game wasn’t as well-received …Read more on … Read more